This great environmental recognition, announced today by  Julia Miranda, Deputy President of the IUCN WCPA, highlights the extraordinary work that Ninfa does for the environment and the work of several conservationists who, despite adversities, are today in the front row to protect nature and animals.

NINFA, A VOICE OF STRENGTH AND RESILIENCE

For ProAves it is very gratifying to have Ninfa on the conservation team, she has become an example for
thousands of women who seek to take care of the nature of our country. Therefore, the best way to honor this great recognition is by making visible the leading role that women have in conservation and exalting their great work in preserving the most valuable treasure we have on the planet, the environment, and its species.

Ninfa has proven to be an example of resilience and courage. Through her hard work and love of conservation, she has become a role model for many young women. “We are proud to be able to empower women in conservation,” says Sara Lara, Director of Women for Conservation. She adds that “women are strength, passion and energy, that is why it is very important that we continue to contribute from all areas to the protection of biodiversity and that our voice is heard.”

ProAves and Women for Conservation are committed to gender empowerment in the protection of biodiversity, therefore 64% of the team in ProAves are women.

Since arriving at the Águila Harpía ProAves Reserve in 2012, Ninfa and her husband, José Rufino Mora, became the protectors of the 2,596 hectares of vast rainforest on the south bank of the Guaviare River. They worked hard to establish strong ties with the community and protect the area.

The reserve, located in the northern buffer area of the Nukak Natural Reserve – one of the last strips of unprotected tropical rainforest in the Colombian Amazon – is made up of properties bought from settlers eager to deforest the area, but thanks to the efforts of Ninfa and her husband was able to recover the ecosystem that had been degraded.

Ninfa’s life took an unexpected turn in 2019 when her 10-year-old son, Johan Sebastián, drowned in the Guaviare River in front of the reserve cabin. Heartbroken, Ninfa and her husband buried him in the reserve, where he loved to be. Then, at the height of the COVID-19 pandemic, her husband Rufino was unable to obtain medication due to the remote location of the reserve and died in May 2020.

Despite the unfortunate events, Ninfa has moved on and is an example of improvement. Since then, she undertook the beautiful challenge of being the Foundation’s first female forest ranger, a task that she has carried out with great commitment and professionalism, fulfilling all the responsibilities entrusted to her to protect tropical forests from the constant threats of hunters, loggers, and settlers seeking to establish settlements in this area.

Ninfa has shown, with great courage and fervor, to be the protector of the remote and highly threatened rainforest, located in the heart of the Colombian Amazon. She carries out daily surveillance of river and land boundaries (monitoring of bird species), general maintenance of the reserve facilities, works as a community and outreach leader, maintenance of border roads, and a tree nursery for reforestation.

Her example of determination, strength, and commitment to protecting nature in the face of great adversity has positioned her as an inspiration for the women of Colombia, especially because of her humble origins and the impact that the armed conflict had on her life. Although in her early 30s, Ninfa, a woman of indigenous descent, is becoming a strong voice for women and a local leader in the community.

Ninfa is very proactive, which is why she has also assisted with research in the reserve and with species monitoring, such as deploying camera traps and conducting bird censuses with the eBird app, in which her 10-year-old son, Darwin, joins her. Together they have motivated children from the local community to get involved with conservation and have even formed a group of young bird watchers in this remote location.

Thanks to the support of Permian Global, which has supported conservation processes in the area for almost a decade, and Women For Conservation have been able to train and empower Ninfa in her role as a forest ranger.

Thank you to all of our supporters who have helped make this possible.

We greatly appreciate you! 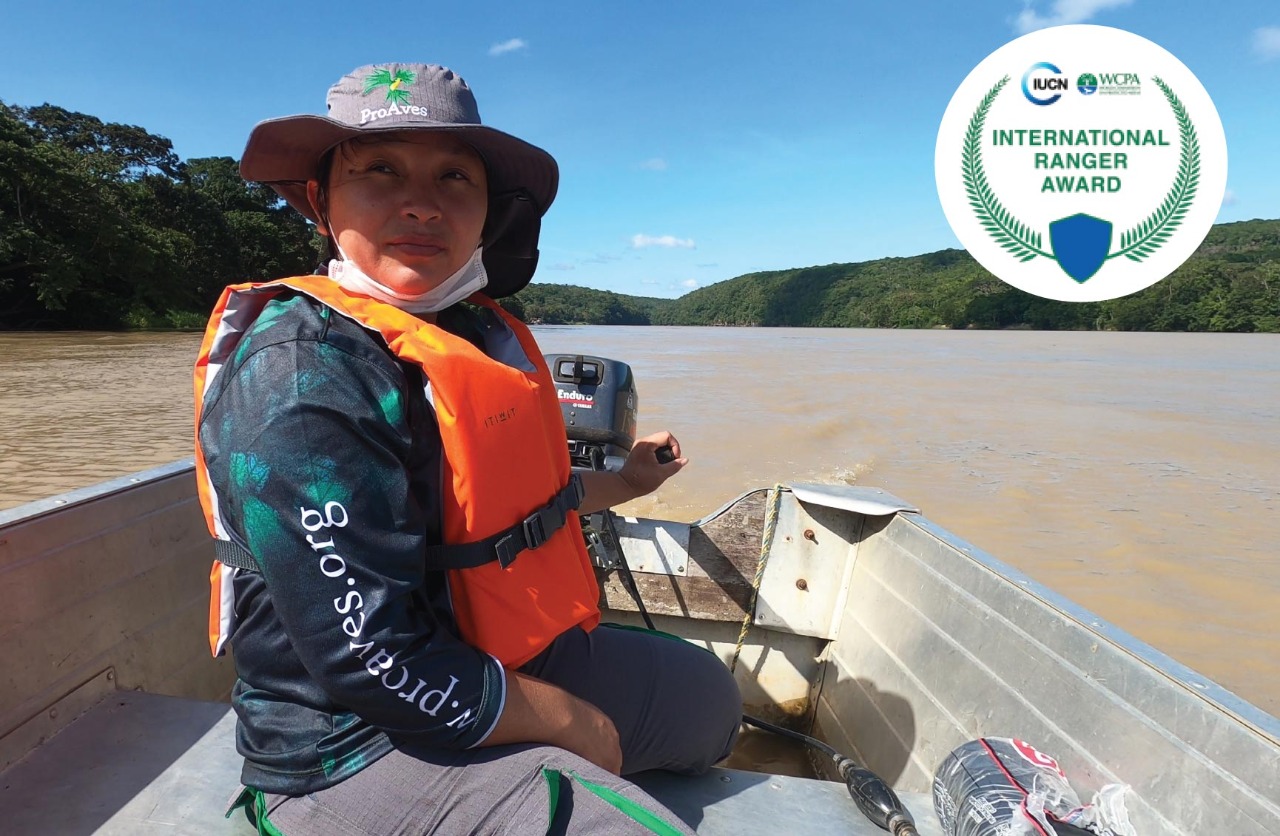 PrevPreviousProtecting Hornbills and Building a New Coalition of Women Conservationists in Malaysia
NextWomen for Conservation has a Message for COP26: Leaders Must Do More to Empower Women and GirlsNext
We use cookies on our website to give you the most relevant experience by remembering your preferences and repeat visits. By clicking “Accept All”, you consent to the use of ALL the cookies. However, you may visit "Cookie Settings" to provide a controlled consent.
Cookie SettingsAccept All
Manage consent

This website uses cookies to improve your experience while you navigate through the website. Out of these, the cookies that are categorized as necessary are stored on your browser as they are essential for the working of basic functionalities of the website. We also use third-party cookies that help us analyze and understand how you use this website. These cookies will be stored in your browser only with your consent. You also have the option to opt-out of these cookies. But opting out of some of these cookies may affect your browsing experience.
Necessary Always Enabled
Necessary cookies are absolutely essential for the website to function properly. These cookies ensure basic functionalities and security features of the website, anonymously.
Functional
Functional cookies help to perform certain functionalities like sharing the content of the website on social media platforms, collect feedbacks, and other third-party features.
Performance
Performance cookies are used to understand and analyze the key performance indexes of the website which helps in delivering a better user experience for the visitors.
Analytics
Analytical cookies are used to understand how visitors interact with the website. These cookies help provide information on metrics the number of visitors, bounce rate, traffic source, etc.
Advertisement
Advertisement cookies are used to provide visitors with relevant ads and marketing campaigns. These cookies track visitors across websites and collect information to provide customized ads.
Others
Other uncategorized cookies are those that are being analyzed and have not been classified into a category as yet.
SAVE & ACCEPT